Urban Fishing: Land a Lunker in Your Backyard. The Why, How and Where of Fishing in the Big City

As anglers, we can never spend too much time fishing. However, it can be hard to carve enough time out of our busy schedule to take that weekend fishing trip out of town.

That’s one reason why urban fishing is increasing in popularity throughout the country.

From New York to Chicago, St. Louis to Atlanta, people are dropping their lines into local lakes and waterways to catch a wide variety of popular sportfish.

Then and Now. A Bit of History

Even though there is recent interest in urban fishing, it’s history goes back to 1969 when the United States government enacted a program to stock lakes in 6 major cities with fish.

St. Louis was the largest effort to come out of that original movement, and the Missouri Department of Conservation continues to carry the program on to this day.

During the 70’s and ’80s, many city waterways became contaminated with waste from the local industrial plants, so urban fishing fell out of favor.

Now, thanks to better environmental oversight and improved sewage-treatment technology in recent decades, fish are returning to city lakes, channels, rivers, and harbors.

New York, Chicago, Miami, Boston, St. Louis, and New Orleans are all nestled on a large body of water, whether that is a river, ocean or lake.

For a more in-depth insight into local fishing holes near your borough, check out the Brooklyn Fishing Club. They are a central resource to learn more about fishing in and around New York City.

Chicago is another premier destination loaded with citywide fishing opportunities. With 13 stocked park lagoons scattered throughout the city, Lake Michigan to the east, and the gently winding Chicago River running north and south to the west, freshwater fishing is everywhere.

Take a fishing kayak trip down the Chicago River, and you will feel like you’re worlds away thanks to the natural spaces flanking the banks. Paddle your way through the city of big shoulders, casting and catching along the way.

Atlanta is another popular city for urban anglers, even though it doesn’t have a major shoreline. The Chattahoochee River and Lullwater Park are two great spots to start your urban fishing adventure.

On the west coast of the US, head to Los Angeles for a ton of exciting fishing opportunities. The LA-based Urban Anglers Club hosts multiple local bass tournaments throughout the year.

Types of Fish in Urban Waters

Your location will determine the type of fish to target. New York boasts excellent striped bass, fluke (aka flounder), and bluefish for saltwater fish fans. Central Park is where it’s at for largemouth bass.

In Chicago, you will find a wide variety of fish to pursue. Keep an eye out for coho and chinook salmon, steelhead, rainbow and brown trout, smallmouth, largemouth, and rock bass, yellow perch, bluegill, crappie, and catfish.

Are you looking for river monsters? The ultra brave can try their hand at noodling in the Chicago River. This down and dirty sport involves reaching into riverbed holes, using your hand as bait, and pulling out enormous flathead catfish.

Atlanta is known for its local trout fishing. Rainbow and brown trout reside in the nearby Chattahoochee River. Just make sure you have a trout stamp in addition to the standard licensing.

Lakes and ponds around St. Louis are stocked with catfish and trout at select lakes by the Missouri Department of Conservation. Los Angeles is all about monster largemouth bass, but yellowtail, seabass, and even shark can be caught off ocean piers as well.

What Is the Basic Urban Fishing Gear?

Head down to Miami for your shot at an exotic mix of tropical fish species, including peacock bass, cichlids, snook, and gar.
Because you’ll be traversing the urban jungle, you’ll want to keep your gear on the light side.Look for a rod and reel that are easy to carry and assemble.

Telescopic pocket fishing rods are super handy to keep tucked away in the car. If you have a bit of time available to throw in a line, your fishing pole is right there when you need it.

Unlike fishing expeditions in great outdoors where you may have a long hike to your destination, urban fishing enables you to park your car relatively close to your fishing spot. Store extra lures and tackle back at your vehicle so you can travel light.

It may be difficult to find live bait in the inner city. Take some time to research the right artificial lure for your target fish. If you’re feeling adventurous, think outside of the box for bait possibilities.

Canned corn, processed meat sticks, and chicken pieces can work in a pinch for voracious catfish and panfish.

What Is the Environmental Impact of Urban Fishing?

The increase in fish populations near high industrial areas is in direct response to stricter environmental controls and better sewage treatment practices. As numbers increase, fishing opportunities will continue to improve.

However, it’s important not to put too much pressure on a still-fragile ecosystem. Pay close attention to and abide by local fishing limits (number and size). This will help ensure these natural resources for future generations.

If water is still in a transition period, catch and release fishing with barbless hooks is a safe bet.

Urban Fishing And The Invasive Species

Urban fishing can also be instrumental in keeping non-native species at bay. Asian (aka bighead) carp, for example, are a huge problem in the midwest. These aggressive fish are decimating local species and are dangerously close to making their way into the Great Lakes.

Evidence of their presence has been found in the Chicago River as close as 9 miles from Lake Michigan. Every little bit helps when it comes to keeping this plague at bay.

Lionfish are another non-native species wreaking havoc near Miami. As a bonus, though, they are also delicious with a mild, white, flaky meat. After the spines are carefully removed, they can be filleted and prepared like any other fish.

East coast anglers should keep on the lookout for the northern snakehead. This bizarre fish can travel on land and can breathe air, which allows them to live up to 4 days out of the water if their skin remains wet. This incredibly hardy invasive fish especially hard hit the Potomac River.

If you’re city-bound, urban fishing can put you in back touch with the natural world. Grab your rod and reel, find your closest pond or shoreline, cast a lure, and unwind.

Turn Any Home Into a Smart Home with These Helpful Gadgets 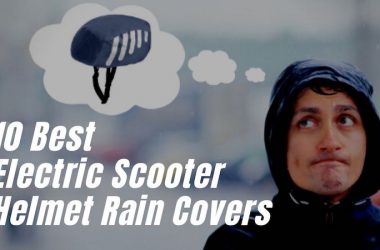 (Last Updated On: February 17, 2021) Besides the helmets themselves, helmet covers are important pieces of gear, especially… 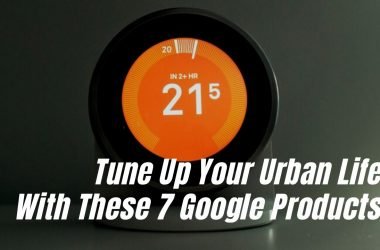 Tune Up Your Urban Life With These 7 Google Products

(Last Updated On: November 4, 2021) Have you ever used one of the Google products already available on… 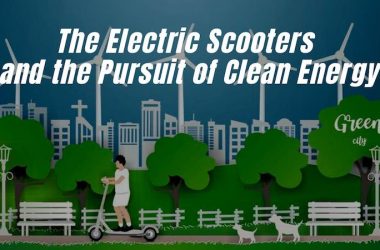 Electric Scooters and the Pursuit of Clean Energy. Why Should You Care?

(Last Updated On: November 4, 2021) As we become more aware of the pressing consequences of global warming,…